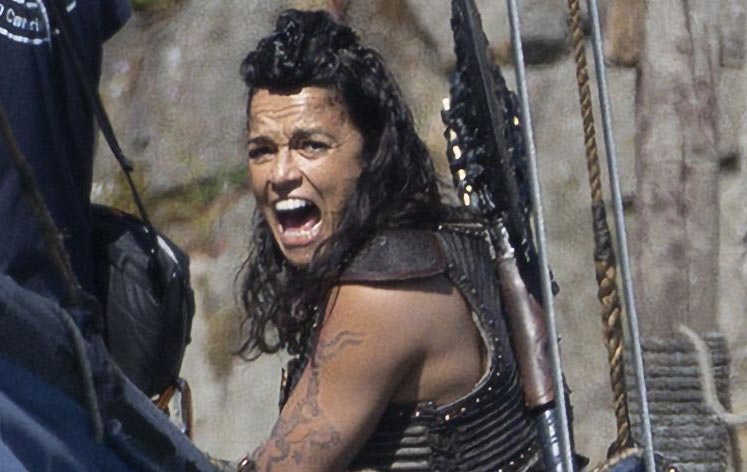 The ‘Dungeons & Dragons’ Movie Might Give the Beloved Game the Second Life it Deserves.

Star Regé-Jean Page promises an all-star fantasy epic that will be “a huge sigh of relief for Dungeons & Dragons fans everywhere”.

The Dungeons & Dragons movie will be directed by Game Night’s Jonathan Goldstein and John Francis Daley, who also wrote the script. If Game Night’s success is anything to go by, D&D fans can expect a similarly deft touch with humor and meta-references. Daley also has serious D&D cred – during his time on Freaks & Geeks, he appeared in one memorable scene as a D&D geek.

Headlining the cast are Chris Pine and Michelle Rodriguez, who star in leading roles, but whose characters remain unnamed. Given that the ex-Harper and the female barbarian are listed first in the official synopsis, we’re guessing Pine and Rodriguez will play these key roles. As for villains, Hugh Grant has been cast as the story’s main villain, Forge Fletcher. So far, nothing is known about this character beyond his name, but if Grant’s Paddington 2 performance is anything to go on, we suspect he’ll be a spectacular villain.